Meet The CEOs: A Start-Up Musical

Welcome new hires! Join your new CEOs as they sing their way through all-hands meetings and branding huddles on their way to achieve their dream of being disgustingly rich. Will they succeed? It doesn’t matter, because the opposite of success isn’t failure, it’s writing a blog post about failure and seeking more venture capital. This show is Silicon Valley meets Crazy Ex-Girlfriend, with all the frantic energy of Saturday Night Live thrown in for good measure.

Meet the CEOs: A Start-Up Musical is a half-hour long sketch comedy/musical show that we wrote in early 2016. It was first performed in a four-week run during the summer of 2016 at the Peoples Improv Theater, then later in smaller runs at both the Annoyance Theater as well as the PIT Loft. It was directed by Juan Nicolón (UCB’s Maude Night, Univision’s Flama). In 2017, it was performed at Austin Sketch Fest in Austin, TX. 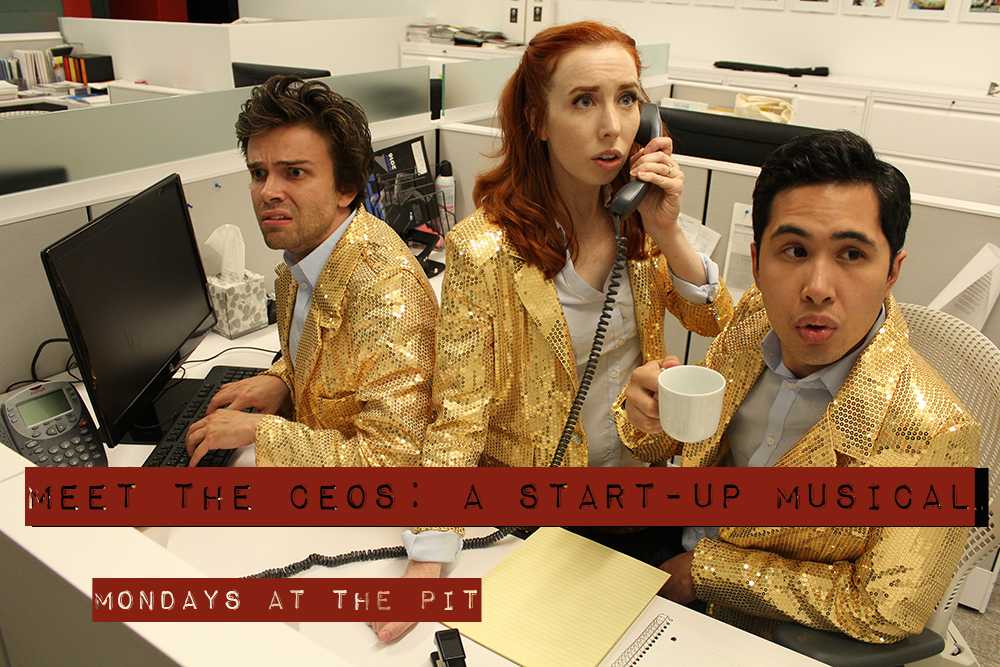